In Memory of Robin Sudlow

Members throughout IYFR were shocked at the sudden death of the International Chief of Staff, Robin Sudlow, when he suffered a fatal heart attack on 24th February.  No one more so than myself.  Robin has been a great source of help and advice to me, always gladly offered in a good humoured manner, and he was always only too pleased to be of any help or assistance he could.

He was an Orthopaedic Surgeon, who worked at Southend in the Southeast of England.  He trained and then worked at the London Hospital, where he met Rosemary.  They went to a job in Newfoundland and went on 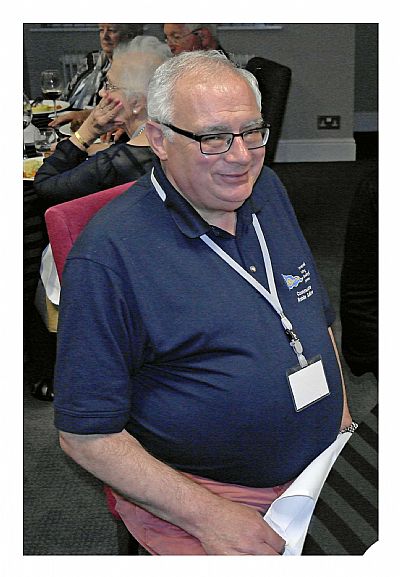 to tour the USA and Mexico, camping for 5 months.  He returned to work at the London Hospital, performing hip and knee replacements, publishing widely on the techniques.  Robin joined Rotary and, along with Rosemary, who is also a Rotarian, sent many wheelchairs to different parts of Africa through the Wheelchair Foundation.  Robin also had a love of boats and became a member of IYFR, combining his love of sailing and Rotary.  He joined the East Coast Fleet at Burnham-on-Crouch and duly became Fleet Commodore.  Robin, along with his wife Rosemary, attended many Regional meetings and International Conventions, as they became more involved in IYFR.  In 2016 Robin was appointed the Regional Commodore for Great Britain and Ireland and, along with Rosemary, visited the fleets throughout the Region during his term of office.  He also took the Regional meetings to various locations around Great Britain to involve as many members as possible and make the fleets feel very much part of GB&I and, ultimately, IYFR.

Robin had so much to offer and was always willing to help others.  He will be greatly missed, not least by Rosemary and their three children and seven grandchildren, to whom he was very close and very much loved.  His passing will leave a void in many lives which will be very hard to fill.