Hands Across the Border Rendezvous

The 35th annual ‘Hands Across the Border’ rendezvous brought IYFR fleets from Seattle/Puget Sound, Washington State,  Vancouver/Victoria, and British Columbia together for an August weekend of fellowship. This was capped with the placing of a Peace Pole in Port Townsend, Washington State.  Seattle Rotary’s ‘Peace Builder’ Committee has planted these ‘Peace Poles’ in many public places as a symbol of the importance Rotarians throughout the world invest in promoting peace. 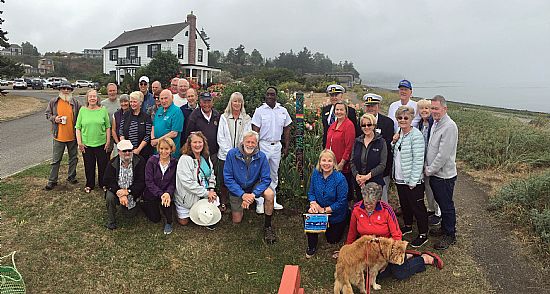 Located at a picturesque former U.S. Coast Station at Point Hudson, Rotarians gathered on the dock for a dockside Champaign reception on Thursday to meet and greet, and also to learn about the many planned activities ranging from concerts, to Victorian home tours, to tours of the NW Maritime Center in Port Townsend.   The Marina room at Point Hudson served as the weekend’s venue for hospitality, dinners and entertainment!   On Saturday, Seattle Rotary Mariners Commodore, Pete DeLaunay, passed the traditional ‘Hands Across the Border’ Wheel to Vancouver/Victoria fleet Commodore Richard Michaels. 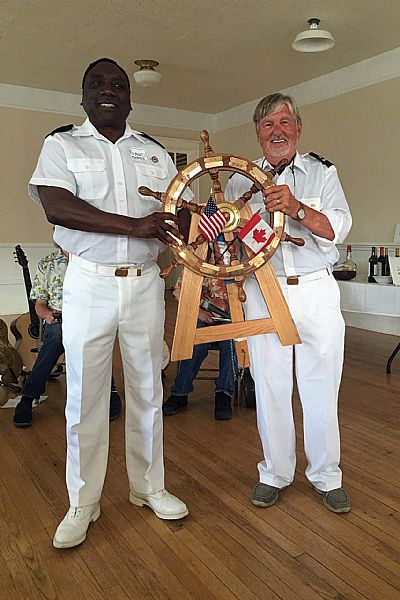 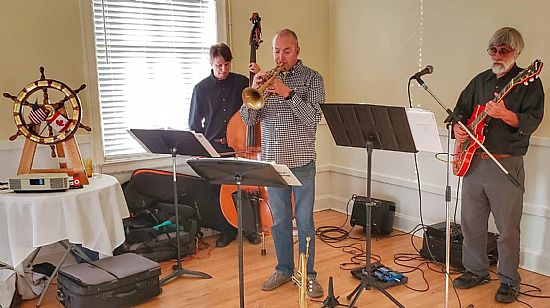 As Seattle Rotarians searched for an appropriate location to plant the peace pole in Port Townsend, several other Rotarians, who were staying at the Commanders House at Point Hudson, were offered a suitable  place in the inn's beautiful garden by the inn's owners, Gail and John Oldroyd.  Ideally, this spot is adjacent to the Rotary Centennial Path which runs along the Point Hudson waterfront.  The Rotary Club of Port Townsend undertakes the maintenance of the benches along the path, and now has the Peace Pole to add to the  points where people can stop, reflect, and enjoy the magnificent views. 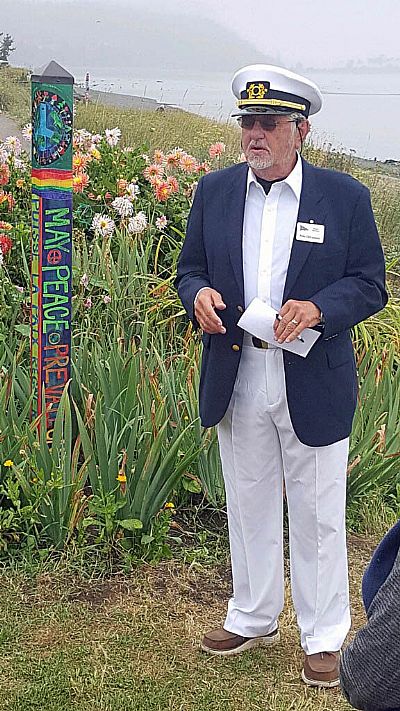