A team of Scuba divers participated in the Third Annual Newport Beach, California, Harbour Clean-up, and the picture shows them and some of their "findings" from the bottom of the harbour. This year the most exciting and valuable find was a drone, complete with an attached GoPro camera. More importantly the harbour appeared to be cleaner than in previous years. 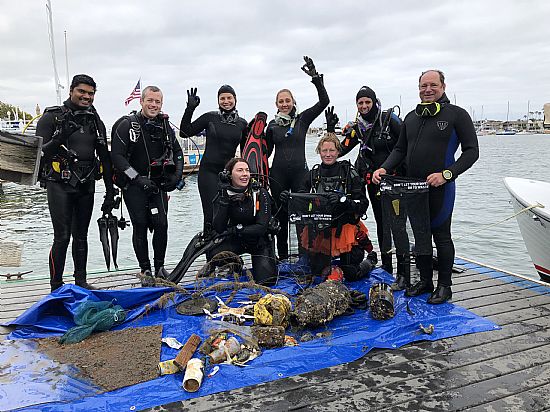 Five of the 15 electric boats that were used to deliver and retrieve the divers in the harbour were skippered by members of the newport Harbour Fleet of IYFR. Several Rotarians also participated as divers.

On Saturday 21st September several Rotary Clubs from District 5320 will also participate in the International Coastal Cleanup sponsored by the Ocean Conservancy.