I had the pleasant task of chartering the new Cherkasy Ukrainian Fleet in June, on behalf of the International Commodore, Guillermo Arteta.  This is our first fleet in Ukraine and it was the first time, that I am aware of, that a fleet has been chartered with five associated squadrons.  A sixth squadron was also formed on the day of the charter, and a seventh a few days later!  If some of these develop into fleets, it Ukraine promises to be a very significant area for IYFR.

The whole three days of the Charter were a most enjoyable event.  PIC Jun and a few other members went directly to Kyiv (Kiev) from Hamburg after the Post Convention Cruise. They spent a few days sightseeing, taking in the splendour  of the ancient city, together with more recent developments as Kyiv moves forward after its independence from Russia.

With everyone together in Cherkasy for the Charter, the first evening was spent in keen competition, ten-pin bowling.  IPC Jun and his team led the way – obviously a miss-spent youth!  There was also a children’s painting competition on display for us, the subject being sailing, and different people were asked to select a winner.  The standard of art was very high, with a variety of styles on display.  Ann and I selected a black and white sketch which we felt captured the feeling of sailing,  especially the accuracy in wind direction with sails and flags.  It was by a 13 year old girl and I was most impressed!

The next day a coach tour was provided for us. We were shown the beauty of the surrounding countryside, with appropriate stops to visit some of the local churches and enjoy views of the Dnipro River.  Lunch at a Cossack community in the countryside gave us a taste of traditional food, produced and prepared locally, served by waitresses in traditional costumes, while we were entertained by a man, also in traditional Cossack costume, singing Ukrainian songs and playing an accordion.  A most enjoyable day was had by all, leaving everyone with very pleasant memories of Ukraine.

The next day was the more serious business of the Charter Ceremony at the Cherkasy Yacht Club.  The weather was kind, sunny and warm and allowed the ceremony to be held in the open air.  The Charter of the Fleet was a happy event and went without a hitch, so the Cherkasy Ukrainian Fleet, under Fleet Commodore Olha Paliychuck, is now fully chartered.

Once the ceremony was over it was time for a sail on the Dnipro River.  Some went for a leisurely sail, while others preferred the challenge of racing.  The wind was ideal and so the racing was very keen and close.  Eventually a winner emerged, in spite of their having run aground and having to be refloated by people jumping in the river and pushing!

In the evening, it was off to a restaurant for a fine dinner and entertainment.  I gave a short talk on IYFR, which was expertly translated into Ukrainian by Olga Ialovenko.  This was followed by a fashion show from a local designer who took traditional designs and transformed them into modern ones, suitable for younger women.  The clothes were modelled by Rotaractors.  A Fleet Member, Alla Sokol, who designs and makes jewellery, had produced a limited number of beautiful Rotary Yacht lapel pins and these were auctioned.  I was really lucky and privileged in that one of the successful bidders gave me his as a present.  I am extremely grateful for that extremely kind gesture.  These are the sort of lovely surprises that IYFR can suddenly produce!  The up and coming Ukrainian artist, Vlad Gurye, then brought some of his paintings for auction in keenly contested bidding.  Look out for his name in the near future as his work increases in stature and value!  The winning children’s paintings from the first evening were also auctioned and I am delighted to say that the one we selected is now framed and hanging in our home.  At the end of the evening, all agreed that an excellent time had been had by all.

The next day Ann and I went to Kyiv for a few days to see the sights that PIC Jun and others had seen on their way to Cherkasy.  We were well entertained by DG Sergii Zavadskyi and Nataliia Radovanskaya, who ensured that we made the most of our stay in Kyiv.  We managed to visit two Rotary Clubs, where we were made very welcome, and we also took in the ballet with  ‘Sleeping Beauty’ by Tchaikovsky: an excellent performance in a 100 year old theatre.

We left Ukraine with many happy memories, and I now look forward to some of the squadrons growing into fleets so that I will have an excuse to return for their charter!

Arriving in the Ukraine

Dinner in Kyiv on the First Evening 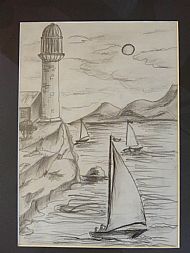 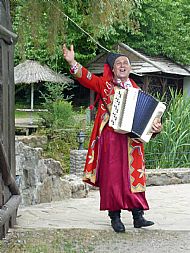 IYFR Group at a Cossack Village 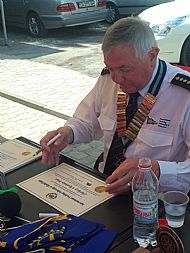 Handing over the Charter 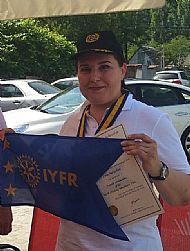 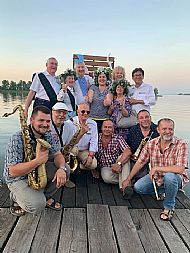 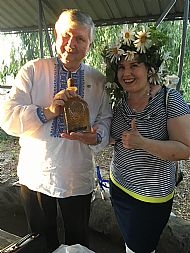 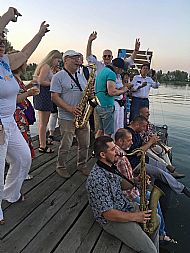 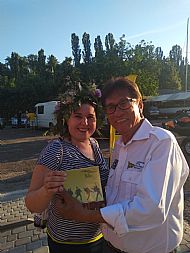 Farewell to the Dnipro River. 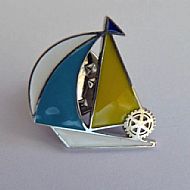